Steven French steps down as Co-Editor-in-Chief


Steven French, along with Michela Massimi, took the reins at the BJPS as Co-Editor-in-Chief in 2011. In that time, he’s dealt with more submissions, and done so more efficiently, than any of the rest of us. All this while publishing and researching widely, being an active member of his union, and teaching and mentoring students and younger scholars with great success. Not to mention his voracious appetite for comics, music, and photography. It’s disgusting. But, if you twist our arm, if we absolutely must, we’ll admit that he’s probably earned a break by now.

Below, we reproduce Steven’s parting editorial. What’s most striking about this editorial is its kindness and generosity, perfectly reflecting its author’s character and a clear example of why it’s been such a joy to work with him.

Now if you’ll excuse us, we appear to have something in our eye… 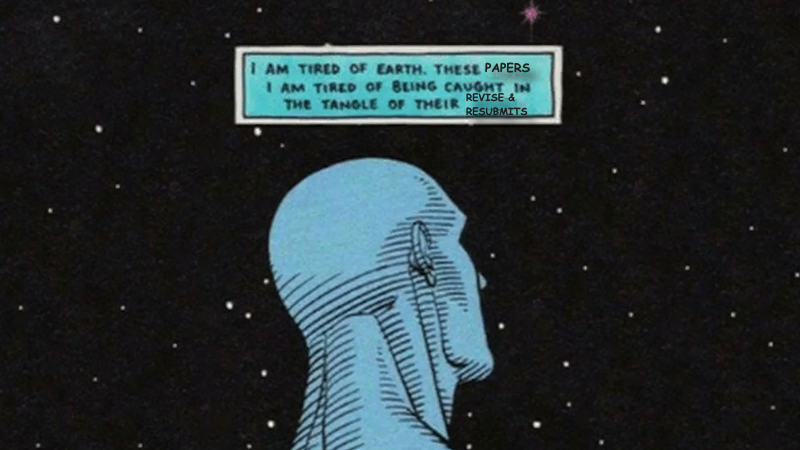 
Back in the day, when I was working on my PhD in HPS at Chelsea College, I shared an office with Don Gillies during his time as Editor of the journal. Those were the days of hard copy submissions that would arrive by post and pile up on Don’s desk in brown envelopes, to then be copied again and mailed out to referees. Don would occasionally ask me to look over the physics-based papers, just to check whether they were kosher or crazy, and I had an up-close look at what editing a journal actually involved. That didn’t put me off from applying to be Co-Editor-in-Chief with Michela Massimi ten years ago, but the ‘shape’ of the job had clearly changed by then. First of all, Oxford University Press had recently installed ScholarOne, the electronic ‘workflow management system’, so no more dodgy photocopies in brown envelopes. Everything now, from submission to selection of referees to the final decision, was to be handled online. Fortunately, we managed to hire Beth Hannon, who not only had a HPS background but had also worked for OUP, and she has done an absolutely outstanding job in managing the journal on a day-to-day basis, wrestling with The System and keeping everything on track, including the other editors. More than that, she has also expanded the reach of the journal, not only through the ubiquitous social media forums we’ve collaborated on, but also by means of new developments such as our blog, ‘Auxiliary Hypotheses’, our separate ‘BJPS Reviews of Books’ webpage and, recently, ‘Short Reads’, where authors summarize their soon to be published papers.

The second major shift that has taken place over the years has been the increase in the sheer number of submissions. When Michela, Beth, and I took over from Alexander Bird and James Alexander, the journal received 403 submissions a year, already vastly more than in Don’s day, and last year we had 690 submissions and re-submissions to deal with. At the same time, the diversity of topics has increased, as has also the level of specialized expertise required to evaluate submissions in these area—one of the many things Alexander and James passed on to Michela and I at the hand-over meeting had to do with the dramatic increase in quite technical pieces in the foundations of probability and decision theory, for example. Michela’s suggestion, then, was to follow the model adopted by the European Journal for the Philosophy of Science and appoint specialist Associate Editors who would be well placed to find the best referees across this broad range of topics. Over the years, various colleagues have come and gone in this role but its largely down to them that we’ve had such constructive and supportive referees, who have given their time and energy to help us publish some of the very best papers in the field.

Michela herself stepped down after five years as Co-Editor-in-Chief and we were incredibly lucky that Wendy Parker put herself forward and was appointed to the role. The transition really was seamless and I can honestly say that these two sets of working relationships, first with Beth and Michela, then with Beth and Wendy, have been two of the best I’ve ever had throughout my career. Meetings—always online, even before the COVID-19 pandemic—have been collegial, mutually supportive, and, although we do take our decisions very seriously, at times fun. It is perhaps worth emphasizing that our editorial decisions are reached independently and, as was the case with Michela, we have agreed vastly more times than we haven’t. In those rare cases where our opinions or verdicts have differed, we’ve resolved things simply by talking through the issues. If it sounds like the perfect model of academic interaction, that’s because it pretty well has been! And I feel tremendously privileged to have worked with such wonderful people these past nine years.

Now it’s time for me to move on. Rob Rupert has been appointed as the new Co-Editor-in-Chief to work alongside Beth and Wendy, and having already been an Associate Editor with us, there’s no doubt he’s going to do an outstanding job. The journal itself is moving, from OUP to University of Chicago Press, where we’re sure it’ll find a secure and supportive new home. There are of course challenges ahead, not least to do with open access and maintaining income to the Society in this new environment, as well as those related to diversity, when it comes to both authors and topics. We’ve taken some steps in the right direction but there is, of course, so much more to be done.  Nevertheless, I know that Beth, Rob, and Wendy will take the journal’s response to these challenges even further and I am confident that with the support of the new publisher and of the Society, the future of the BJPS is very bright indeed.