Compatibilism about Chance and Determinism

Suppose that it is already determined that the coin I just flipped will land heads. Can it also be the case that that very coin, on that very flip, has some chance of landing tails? Intuitively, the answer is no. But according to an increasing number of contemporary philosophers, especially philosophers of physics, the answer is yes.[1]

According to these philosophers there are non-trivial chances (chances between zero and one) in worlds where the fundamental dynamical laws are deterministic. In such worlds, at any time t, for any event e, it is already (at t) determined that e will happen or that e will not happen. Nonetheless, these philosophers say, in at least some such worlds and for at least some events, the chance of those events happening is between zero and one. Call the chances that are supposed to exist in such world ‘deterministic chances’, and the view that there are such chances ‘compatibilism about chance and determinism’, or for brevity just ‘compatibilism’. 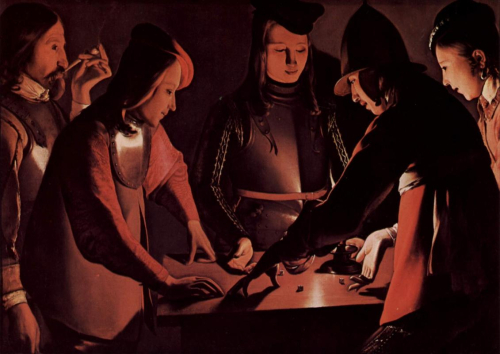 Should we endorse compatibilism? You might think that before we can answer this question we first need to answer the question of what sorts of things chances are in general. (Is the chance of some event happening just the relative frequency with which that type of event happens? Or is it something more metaphysically robust, like the propensity of certain set-ups to produce that type of event? And if the latter, what on earth is a propensity?) But there’s good reason to think that we might be able to make significant progress on the question of whether to be compatibilists even if we aren’t yet willing to take a stance on the metaphysics of chance more generally. To see why, it’s helpful to keep in mind the following two distinctions.

First, it is helpful to distinguish between arguments that merely establish what I will call ‘weak compatibilism’, on the one hand, and arguments for ‘robust compatibilism’, on the other. Weak compatibilism about chance and determinism is the view that deterministic chances are merely metaphysically possible. Robust compatibilism is the view that deterministic chances are more than merely metaphysically possible—they exist either in the actual world or in some relatively nearby worlds. Versions of robust compatibilism can be differentiated depending on which sorts of nearby worlds they target, but of particular interest are those worlds in which our best deterministic scientific theories—like Bohmian mechanics, a deterministic interpretation of quantum theory—are true.< Arguments for weak compatibilism take the form of arguments against supposed platitudes about the nature of chance that seem to rule out any possibility of deterministic chance. Take, for instance, the highly intuitive thought that if there is a non-trivial chance of something happening, then it must be possible for that thing to happen and possible for it not to happen. Some philosophers (for example, Schaffer [2007]) endorse something like the following principle as a way of capturing this thought:

The Chance–Possibility Platitude (Incompatibilist Version): If the chance, at world w, at time t, of event e is greater than zero, then there exists a world, w‘, such that (i) w‘ matches w in laws, (ii) w‘ and w have the same micro-physical history up until time t, and (iii) e happens at w‘.

According to the incompatibilist’s version of the chance–possibility platitude, if there is a non-trivial chance of something happening at some time, then it must be possible for that thing to happen and possible for it not to happen, while holding fixed both the history of the world up until that time and the laws of nature. It follows that in a deterministic world (where at any time, for any event e, it is already (at t) determined that e will happen or that e will not happen), the chance of some event happening is always either one or zero.

In (Emery [2015a]), I argued against the incompatibilist’s version of the chance–possibility platitude on the grounds that either it was based a highly contentious and unpopular view about the nature of time, or it was based on considerations that supported eliminating chance—deterministic or not—from our theories altogether. Given the important work that chances do for us in science, in philosophy, and in everyday reasoning, I take eliminativism about chance to be a non-starter.

What sort of arguments are there for robust compatibilism? Here is where the second distinction becomes helpful. On the one hand, there are metaphysics-based arguments for robust compatibilism; on the other, there are role-based arguments. Metaphysics-based arguments start from some particular metaphysical analysis of chance—various forms of frequentism, versions of the so-called best systems analysis, propensity theories, or what have you—and then argue that given this analysis, there are chances in relatively nearby worlds where the fundamental laws are deterministic. Perhaps most obviously, this sort of argument is readily available to those who endorse straightforward versions of frequentism. (Of course, there are non-trivial relative frequencies in relatively nearby worlds where the fundamental laws are deterministic, the argument would go; so, there are non-trivial chances in such worlds.) But following Albert ([2000]) and Loewer ([2004]), many advocates of the best systems analysis (according to which chances are those probability functions that appear in the simplest, most predictively powerful summary of the actual patterns of events) have also given metaphysics-based arguments for robust compatibilism.

Role-based arguments, by contrast, start from some particular role that probabilities are supposed to play—in our best scientific theories, in our philosophical theorizing, in our everyday reasoning, or what have you—in relatively nearby deterministic worlds, and then argue that in order to play that role, the probabilities in question must be objective—they must be genuine chances.

If you attend to our best deterministic scientific theories, it might seem at first that a role-based argument for deterministic chance is straightforward. Start from the fact that some of our best deterministic scientific theories involve probabilistic predictive rules. (Think, for instance, of Born’s rule, as it plays a role in interpretations of quantum phenomena, including Bohmian mechanics. Born’s rule says that the probability that a system with wave function  at t will be found in configuration c if we perform a measurement on it at t is given by.) This is the first premise of the argument. The second premise is that any probabilities that play a role in the predictive rules of our best scientific theories are objective probabilities.

Lately I’ve been thinking more about a different, and to my mind even more promising, role-based argument for robust compatibilism. This argument starts from the explanatory role that probabilities play in our best deterministic scientific theories and argues that in order to play that role, such probabilities must be genuine chances. This argument is often suggested in the literature, but has rarely been developed in detail.[2]

One reason to be especially interested in this sort of explanatory role argument is that if it works, it has the potential to suggest a novel metaphysics for deterministic chance. Thus far, most proponents of deterministic chance in the literature tend to be Humeans, in the sense that they think that the laws and chances in each world are determined (in some important sense) by the patterns of events that actually occur in those worlds. But it is well known that Humean analyses of laws have trouble justifying the explanatory power of laws (Armstrong [1985]; Maudlin [2007]). After all, if the laws are determined by the patterns of actually occurring events, how can they also explain those patterns of events? And it is plausible to think that similar worries will trouble Humean analyses of chance (Emery [2017]). So insofar as it is the explanatory role that deterministic chances play that motivate us to be compatibilists, we may end up adopting a more metaphysically robust, non-Humean account of such chances. Allowing such chances into their ontology will violate the scruples of many a Humean metaphysician and philosopher of physics. But recall what I mentioned earlier about role-based arguments: such arguments are often used in science to introduce weird or novel entities. Indeed, there’s a natural reading on which the introduction of all sorts of strange or sui generis scientific entities—from the electromagnetic field, to the wave function, to the neutrino, to dark energy—was originally, or still is, justified by the explanatory role that those entities play. So insofar as a plausible explanatory role argument forces us to posit deterministic chances—and non-Humean deterministic chances at that—even the Humeans among us may be forced to set their scruples aside.

Armstrong, D. M. [1985]: What Is a Law of Nature? Cambridge: Cambridge University Press.

Hájek, A. [unpublished]: ‘Most Counterfactuals Are False’.