WHY HISTORY MATTERS
IN BIOLOGY

What is the purpose of science? What is its goal? What is the essential mission, or job duty, of the scientist? Fifty years ago, had you asked a philosopher that question, you likely would have received the following response: the task of science is to discover the laws of nature. Think of the law of refraction, the law of gravitation, the law of conservation of momentum. Laws are exceptionless rules that have no boundary in space or time. Philosophers would engage in heated and lively debates about the nature of these laws, whether these laws are in some sense necessary, and whether the laws of biology, or psychology, would ultimately be reduced to those of physics.

Over the last several decades, philosophers have turned their attention to contemplating the nature of mechanisms in the abstract. Consider the mechanism of ruminant digestion. This mechanism has various parts or components, such as the rumen, omasum, and abomasum. These components engage in their own special activities, like producing vitamins, transporting nutrients, and secreting rennet. When these components, with their special activities, are aligned like so—when they exhibit just the right sort of temporal, spatial, and dynamic relationships—they yield their proprietary phenomenon with a certain degree of regularity. The best way to discover a mechanism, say, the mechanism for neural tube folding, is to observe it and manipulate it: to take it apart, to put it back together, to strategically break it.

Yet there is another feature of mechanism, one that lurks under the surface of these other features but has not received the amount of philosophical attention it deserves: mechanisms have purposes. They have functions. Each mechanism has a reason for being. As a rule, a mechanism’s phenomenon—neural tube folding, ruminant digestion—is also its purpose. The stomach is part of a mechanism for digestion; it also has the purpose of digestion. This is no accident. The purposive character of mechanism is evident at once when we think about mechanisms in the world of human-made artefacts. A mechanism for grinding peppercorn has the purpose of grinding peppercorn. A mechanism for making rolled sushi has the function of making rolled sushi. If someone shows me a device and says, ‘this is a mechanism for shucking corn’, and I ask, ‘yes, but what is its purpose?’, the question would not make any sense. In discovering that something is a mechanism for such-and-such, I discover, at the same time, what its purpose is.

The same rule holds in the realm of living creatures. To learn that the heart is a mechanism for pumping blood is to learn the heart’s purpose: to learn what it is for. The heart has the purpose, or function, of pumping blood. A brief glance at biology and biomedicine confirms amply that mechanisms have purposes. It is a remarkable feature of biomedicine that researchers hesitate to speak of a mechanism for disease. Often enough, they speak instead of disease as something that happens when a mechanism fails to perform its function or purpose. A mechanism’s purpose is something good, adaptive, healthy; disease enters the world when mechanisms malfunction. Alzheimer’s disease, we are told, happens when mechanisms for memory break down. Autoimmune diseases happen when the mechanism for molecular self-recognition misfires. As a rule, biologists seem to vaguely understand that diseases happen when mechanisms break. The alleged war that we’ve heard so much about between mechanism and teleology (see Allen and Neale [2020]) is fictitious. Teleology is part of the essence of mechanism.

Contemplating the purposeful character of mechanism leads us to a further discovery, one that strikes me as having momentous significance for science: mechanisms are infused, if you will, with history. They are essentially historical. We gain a deeper understanding of this essentially historical character of mechanism by reflecting once again on artefacts. Whence does this corn husker derive its purpose? Its purpose comes from something that happened in the past: at some point long ago, a person came up with the idea of a corn husker and crafted it for that reason. An untouched sandstone rock that looked and, in principle, worked exactly like a corn husker would not, in fact, be a corn husker, because it does not have the right history. Purpose and history are indissociable. As Kant might have put it, the concept of history is contained within the concept of purpose.

To better understand how mechanisms are essentially historical, rather than incidentally so, it’s worth turning to the distinction between historical and ahistorical kinds. A historical kind, as its name implies, is defined by its history. Consider age. Whether or not someone is seventy-five years old does not depend on present-day facts about them, such as having wrinkles or grey hair, but on a historical fact, namely, when they were born. Whether someone is your sibling doesn’t depend on whether they look like you or even share your DNA. It depends on a historical fact, namely, whether they proceeded from the same parent. Whether something is an igneous rock, rather than a sedimentary one, depends on its history, namely, whether it was formed by the cooling of magma. In biology, one of the most obvious examples of a historical kind is an adaptation. What makes the zebra’s striped pattern an adaptation for deterring flies? Only this: it was shaped by natural selection for deterring flies.

In contrast, many kinds of things scientists are interested in are ahistorical kinds. What makes something a sample of baking soda rather than salt? Only this: the molecules that make it up are composed of one sodium, one carbon, one hydrogen, and three oxygen atoms. The same point can be made of iron. Whether something’s a sample of iron, rather than gold, depends merely on the atomic weight of the atoms that compose it. When I say that mechanisms are essentially historical, I mean they are more like siblings than samples of iron. To spin the point in a sci-fi way, if the world were spontaneously generated five minutes ago, in pretty much its present form, there would be no mechanisms, just as there would be no original Van Goghs.

Why does it matter, for science, whether mechanisms are essentially historical? Isn’t this just a ‘philosophical’ point, in the bad sense of being irrelevant to the practice of science? It matters to science for two reasons. First, it matters for biological method. Philosophers who think about mechanisms have often said that to decide whether something is a mechanism, or what it is a mechanism for, we merely need to observe it in the field, or poke and prod at it in the lab. The fact that a mechanism has a history is, on this viewpoint, strictly irrelevant for discovering its nature. This line of thought contains a profound error. If mechanisms are essentially historical, then at least sometimes, in order to decide whether something is a mechanism and what it is a mechanism for, we must glance back at its history. Looking and touching are not enough.

The analogy to adaptation is once again instructive. Suppose you and I are arguing about whether the zebra’s striped pattern is an adaptation for deterring flies or for camouflage. How would we decide who is right? One way, of course, is to observe zebras carefully in the field, to see what they actually do. But suppose the field evidence was ambiguous. Suppose, for the sake of argument, that the stripes did both of those things, to a limited degree, and we could not agree about which is the adaptation and which is the side effect. How would we come to agreement? At some point, we would be forced to consider the zebra’s past. We would be forced to consider the adaptive challenges that the zebra confronted in its natural habitat. The same is true of mechanisms.

There’s a deeper implication of seeing mechanisms as infused with history. For mechanistic approaches to biology have often been contrasted with historical approaches. One idea, popularized by biologist Ernst Mayr, is that a mechanistic analysis of, say, the anglerfish’s glowing lure, merely asks after ‘how’ questions; a historical analysis of the glowing lure, in contrast, asks after ‘why’ questions. This simplistic dualism has suggested to some that the task of the evolutionary biologist is fundamentally different from the task of the physiologist. While the evolutionary biologist is concerned with the realm of ‘ultimate causation’ and deep history, the physiologist cares not one whit for history; she only cares about the here-and-now, or ‘proximate causation’. Once we see, however, that mechanisms are essentially historical, that is, that they cannot be conceived but as products of a historical process, we see that this entire distinction rests on an unstable foundation. This is not just an error about scientific method; it is an error about the nature of reality. If Darwin taught us anything, it is that we must train our minds to see every aspect of the living being as the outcome of a historical process. We must make the same transition, the same mental leap, for thinking about mechanisms as a whole. Mechanisms in the living world carry their history along with them as a bindle. 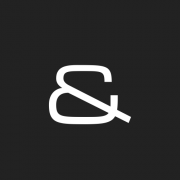