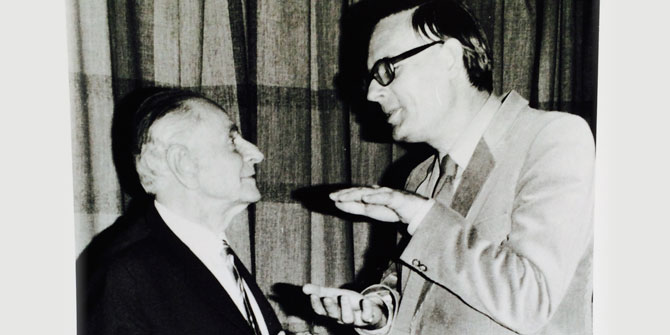 The Society notes with sadness the death of past president Michael Redhead FBA, 30 December 1929 – 31 August 2020.

Michael Redhead was born in 1929 in London. He was educated at Westminster School and took his BSc in physics at UCL in 1950. He then went into the family business, returning to academia some twenty years later, to study for his PhD, also at UCL. After that Michael had a post at Chelsea College, and then at King’s College from 1984, when the two colleges merged. In 1987 Michael moved to Cambridge to take up the professorship in History and Philosophy of Science. He held that chair and was head of department in HPS until his retirement a decade later. Except that Michael didn’t retire but instead became Centennial Professor at the London School of Economics.

Just as he arrived at Cambridge, Michael published Incompleteness, Nonlocality, and Realism: a prolegomenon to the philosophy of quantum mechanics.

This book won the prestigious Lakatos prize in 1988. This is one of those books that while intending to be introductory also become hugely influential among researchers, by providing an original and insightful overview of a complex field. When it was published, there had been no books like it on the philosophy of quantum mechanics for some decades. Indeed, it has had few rivals since. He was elected a Fellow of the British Academy in 1991 at the end of his two years as President of the BSPS.

All those who knew Michael speak of his kindness, gentleness, and of his generosity with his time and ideas. He will be missed.